Guests staying at The Vienna Woods Country House Hotel are often intrigued by the former inhabitants of the building, and it’s certainly easy to daydream about the life and times of those who went before us while lounging underneath the restored ornate stucco of our drawing rooms, or enjoying breakfast in the old library room where fantastical carvings on the wall ignite imaginations further.

The history of the old country house is inextricably linked with Cork City’s Arts and Brewing heritage, and the past preoccupations of the philanthropists who resided here have left a permanent and indelible print on the city’s cultural landscape.

We developed The Vienna Woods Country House Hotel Cultural Connections guide to enable guests to the house, and to the area to explore the geographical and historical tapestry weaved by these remarkable figures of the past, and we hope as you visit each of the stops on the trail that you might be infused by the same sort of artistic and creative inspiration that seemed to spur these Cork city legends on.

The history and times of The Vienna Woods Country House Hotel is particularly connected to the Crawford family. 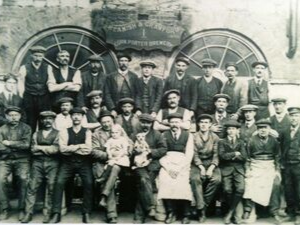 The Crawford family were originally Scottish, hailing from Aidland, near Dalry in Ayrshire, and travelled to Ireland in 1618. William Crawford II came to Cork in 1792, and founded the brewing firm Beamish & Crawford along with William Beamish. The brewery was successful from the beginning, and the company quickly became the largest brewer in the country, employing nearly five hundred people in 1807.

The Oval Public House on Main Street, is the first stop on our list. The detached pub is a fantastic example of twentieth century architecture in Cork and was designed as a ‘tied house’ for Beamish and Crawford. The building shows a variety of influences, including that of CFA Voysey with a hint of the ‘Scottish Baronnial’ style. The lettering is particularly striking. The pub is named for the oval-shaped ceiling in the main bar, which despite some modernisation, retains many original features, and has been described as “an important part of the architectural legacy of the Beamish and Crawford families to the city”.

The Crawfords were passionate supporters of the arts, and two of their most significant contributions to Cork City are the institutions, which proudly bear the family name; The Crawford Gallery and The Crawford School of Art, our second and third stops on the list.

In the early 1880s William Horatio Crawford funded the extension of old Custom House at Emmet Place and donated many works of art to the new school that was opened officially in 1885 and re-named the Crawford School of Art. If you look carefully at the left hand side of the entrance into our ballroom, you will notice an original oil painting of William Horatio Crawford taking pride of place, our own nod of respect to this great supporter of the arts. In 1979, the school of art transferred to the former technical college that had been endowed by William Horatio’s cousin, (and former owner and resident of The Vienna Woods Country House Hotel) Arthur Frederick Sharman Crawford, near St. Fin Barre’s Cathedral, and the Crawford School of Art became The Crawford Art Gallery. John Hogan, Ireland’s greatest neo-classical sculptor, owed much of his success to the support of Crawford and fellow patrons and when you make the trip, you will see Hogan’s sculpture of William Crawford Junior displayed in the Crawford Art Gallery. 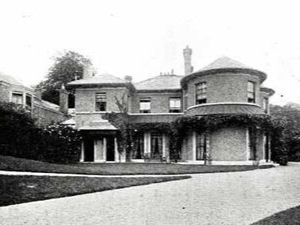 Arthur Frederick, A.F, was the owner and proprietor of The Vienna Woods Country House Hotel from 1875-1946. Indeed it is AF’s mother Mabel whose likeness is resting over the fireplace in the front entrance of the house, and our award-winning restaurant is named in her honour. (link to Mabel’s bistro)  Mabel’s carried on the family tradition of brewing and was a Director of Beamish and Crawford. He purchased and donated Arnott’s Brewery premises to the city for the building of a new technical college, which was officially opened as the Sharman Crawford Municipal Technical Institute in 1912. As well as providing the premises, AF contributed to the cost of equipping the college and provided annual scholarships for students there and at the city’s School of Art. The Crawford School of Art moved into the building in 1979; it is now the Crawford College of Art and Design.

Most people who visit Cork will spend some time at The Mahon Point Shopping Centre, the fourth stop on our list, but this modern tourist attraction boasts its own connection to the Crawfords and The Vienna Woods Country House Hotel. William Crawford II, built the house the 'Lakelands' on the site where the shopping centre now stands today. William II’s son, William Horatio Crawford, was a noted botanist and it was here in 1844, that the Himalayan native tree, Magnolia campbellii, flowered for the first time in Britain or Ireland. A hybrid of the tropical tree Brownea grown in William Horatio’s glasshouses carries his name, Brownea x crawfordii. On your visit to Mahon Point Shopping Centre, look out for a group of large monkey puzzle trees on the site, the last remaining sign of the existence of the former gardens and house.

William Horatio Crawford was also a major funder of the building of St. Fin Barre’s Cathedral, our fifth stop, which was designed by William Burges and consecrated in 1870. The cathedral is built of Cork limestone and the interior of Bath stone and the walls are lined with red Cork marble. Some of the best stained glass in Ireland can be seen inside, and it has been remarked that St. Fin Barre's may be the most fluid French Neo-Gothic style cathedral in western Europe. 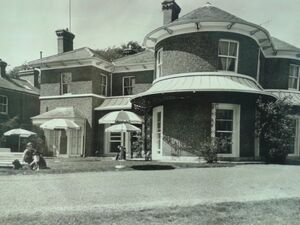 Keep Informed - Get the latest special offers directly from us

Insert your wedding ratecode for the best available rate

Book Your Stay
Why Book With Us?